Home
Boxing News
The man who slept in a barn before a fight by Ron Jackson.

The man who slept in a barn before a fight by Ron Jackson.

Joe Rosella, who won the South African welterweight title in February 1921 and scored only six victories in his 18 fights as a professional, was better known as a trainer of fighters and for his body building gyms rather than being a boxer. 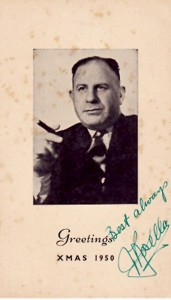 Born William Joseph Rosella in Cape Town on June 26, 1897, he had his first fight as a professional at the age of 16 against Jack Valentine in 1913 and won on a seventh-round stoppage.
However, this fight has never been confirmed and, according to most records, his first fight was against a boxer named Woolf on June 7, 1918, at the Nourse Mines Hall in Krugersdorp, winning on a second-round stoppage.
In a return fight with the same Woolf six months later at the Town Hall in Krugersdorp he won on points over six rounds. In March 1919 in his fourth fight, he went in against the vastly more experienced Fred Cato, who had a reported 35 fights, and lost on points over 20 rounds.
He then lost to Bob Storbeck, Johnny Thompson, and Fred Cato in a challenge for the South African welterweight title. On December 18, 1920, at the City Hall in Kimberley he met Ronnie Dumar and fought to a 20-round draw in a fight billed as being for the South African welterweight title.
After scoring a fifth-round knockout over Jack Louw, he faced Dumar in a return match on April 9, 1921, at the Town Hall in Kroonstad and won on points over 20 rounds to claim the South African welterweight title.
In his next fight against Fireman George Anderson, he lost on a third-round disqualification after hitting Anderson when he was down. 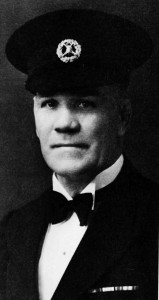 However, it was all downhill after this as he lost to Bob Storbeck in a challenge for the South African middleweight title
In the next eight years he lost to Ginger Corrigan, Mannie Abrahams, Ted Olivier, Ronnie McLennan, and Tom Holdstock in his last fight at the Market Hall in Bloemfontein on September 24, 1929.
As record keeping was rather sketchy at the time it is possible that he had many more fights.
In an interview with Gary Gordon of SA Boxing World magazine in August 1990 Rosella said that it took him three days and three nights by train to travel from Johannesburg to Kimberly where he fought three heavyweights in one afternoon. On arrival in Kimberley before these fights, he spent the night in a huge barn with no windows.
Rosella was involved in many great fights and most times he had to give away both weight and height.
After retiring from the ring Rosella owned several gyms in Pretoria and Johannesburg and many famous fighters trained at his gym in Johannesburg, including Manuel Ortiz who lost his world bantamweight title to Vic Toweel on May 31, 1950. He also trained Olympian and South African heavyweight champion Robey Leibbrandt. 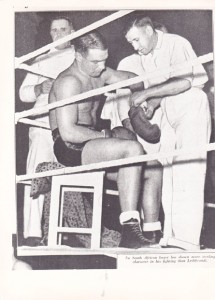 Just after the Second World War the weigh-in before a fight would take place at 2pm, which allowed little time for fighters to return home and have some rest.
It was Rosella who pleaded with the Transvaal Boxing Board of Control to change the weigh-in to midday and, after much haggling, they consented.
Rosella subsequently settled in Durban where he operated a jewellery business.
He died in Durban at the age of 94 on October 20, 1991.
I can well remember meeting Joe at the 1988 King Korn/SA Boxing World annual boxing awards when he received a Meritorious Award and quipped: “I had to wait until I reached the age of 92 before receiving this award.”