Former South African and Commonwealth super middleweight champion Andre Thysse who fought as a professional from 1999 to 2009 died of the Covid 19 virus on Thursday morning. He was 52.
Thysse who was born in Germiston on 24 March 1969 never really looked like a boxer with his long, thin legs, pipe-stem arms and sloping shoulders; no broad chest and bulging muscles.
He won the SA amateur light-middleweight championship in 1989 and 1990. And as a professional, he held the SA and Commonwealth super-middleweight titles.
Andre made his professional debut at the Brixton Palace on 14 April 1999 and scored a points victory over Adriaan Fourie.
Promoted by Jeff Ellis at the Palace, Thysse won his next three fights before losing by a close points decision in a six-rounder to Samson Khoza.
In 2000, he defeated Patrick Simelane and Justice Baloyi before gaining revenge against Khoza with a tenth-round technical knockout to clinch the vacant Gauteng super-middleweight title.
On 23 June 2001 he stopped Thabiso Mogale in nine rounds to win the vacant SA super-middleweight title and in November he retained the title against Xolani Ngemtu.
He subsequently went on to make successful defences of his SA title against Brendon Hulley and Christopher Buthelezi before challenging the highly rated David Starie from England for the Commonwealth super-middleweight title on 1 March 2003 at Carnival City in Brakpan. 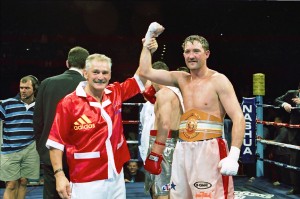 Entering the ring as the underdog, Thysse caused a minor sensation when he outpointed Starie over 12 rounds.
In June of 2003, he went in against IBO champion Brian Magee of Ireland. Fighting in Manchester, the South African was hampered by a damaged rotator cuff muscle. The injury prevented him using his right hand but he produced a plucky performance before being forced to retire in the tenth round.
Thysse then set his sights on the prestigious WBC super-middleweight belt. He challenged Germany’s Markus Beyer in Dresden in February 2004 but lost on points. 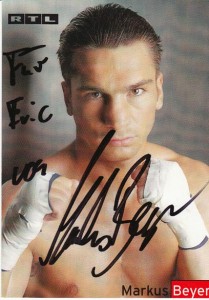 On 24 April of the same year he made the fifth defence of his SA title, beating Mthokozisi Malinga to become the outright holder of an Old Buck belt.
Never one to duck a challenge, Thysse took on Mikkel Kessler of Denmark for the WBC International super-middleweight title in June.