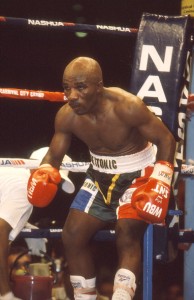 The first South African to win four versions of a world title, Jacob Matlala became a legend and a sporting icon.

Matlala, only 1.48m tall and weighing at the height of his career, 48.99kg, always said the secret of his success was that the never smoked, drank or used drugs. His success was because of his total dedication to his boxing career.

That career started in Port Elizabeth in February 1980 when the 18-year-old Matlala beat Fraser Plaatjies on points.

His trainer, from the beginning, was Theo Mthembu, a top-class lightweight in the 1950s who lost a close decision to Glastone Mahlo for the national title. Mthembu was still there at ringside when Matlala had his last fight 22 years later.

Matlala lost his second fight on points when Kirk Morris beat him. However, he reversed the loss in January 1983 when he stopped Morris to retain the Transvaal junior flyweight title that he had won from Simon Moema.

In only his tenth fight, Matlala won the SA junior flyweight title when he stopped Mvleleli Luzipho in eleven rounds in Luzipho’s hometown, Mdantsane, near East London. After one defense, he topped his first overseas opponent, Jose Badilla, before losing the national title to Luzipho.

After an eight-fight winning streak, Matlala failed in a challenge against Luzipho for the title when he was well beaten over 12 rounds.

At that stage of his career Matlala appeared to be going nowhere, twice losing to his nemesis, Vuyani Nene, and dropping a decision to Jaju Sibli, before winning his next eight fights.

He then challenged Irishman Dave McAuley for the IBF flyweight belt in Belfast. They met in September 1991 and the South African was knocked out in the tenth round, apparently after he had misjudged the count. 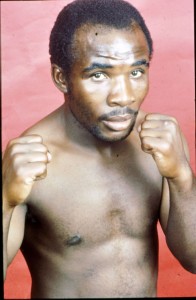 Putting that setback behind him, Matlala recorded a successful defense of the SA junior flyweight title he had won when he beat Wele Maqolo for the vacant title.

After a lackluster performance in which he suffered a badly cut eye but went on to win an eight-round decision against Toto Hleli, he was offered a crack at Scotland’s Pat Clinton for the WBO flyweight belt.

In May 1993, against the odds, he stopped a weight-drained Clinton to take the belt.

After three defenses, he lost the title to Alberto Jiminez in a fight at Hammanskraal, near Pretoria, when he appeared to quit in the eighth round and complained of stomach cramps. However, he was soon back on track, drawing with Sammy Stewart and beating Francisco Mendoza before dropping to junior flyweight and winning his second major title. He defeated Paul Weir on a technical decision in five rounds to take the WBO belt.

After two successful defenses against Weir and Mickey Cantwell, Matlala challenged Michael Carbajal for the IBA junior flyweight belt. Badly cut over both eyes, the great Mexican fighter was stopped in the ninth round.

After loosing to Peter Culshaw in a challenge for the WBU flyweight title, Matlala won his fourth world belt at Carnival City in February 2001 when he stopped Australian Todd Makelin in a bout for the vacant WBU junior flyweight title.

After a successful defense against Mickey Cantwell, Matlala, then 40 years old, finished his 22-year career on a winning note in March 2002 when he stopped Juan Herrera in seven rounds to retain the WBU junior flyweight belt at Carnival City.

The little big man had captured the imagination of the A population with his sportsmanship and ready smile.