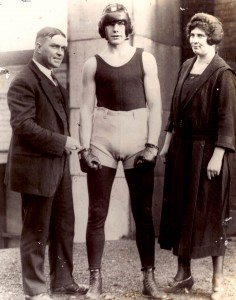 When I was doing research last year for an article on unbeaten runs in boxing I included Young Stribling at No 20 in the list of fighters with the longest unbeaten run at any time in their career. His run started after his loss to future world light-heavyweight champion Tommy Loughran in May 1927 and lasted until being outpointed by future world heavyweight champion Jack Sharkey in February 1929. It stretched to fifty-six contests made up of fifty-five wins and one draw. That in itself is far from ordinary but Young Stribling crammed those fifty-six fights into just twenty-one months and fought in nineteen different States.

What he achieved in that twenty-one month spell is only one part of an extraordinary life that saw Stribling boxing exhibitions at the age of five, being an outstanding high school basketball player and turning professional as a featherweight just after his sixteenth birthday. He went on to be able to claim he had one of the shortest ever reigns as a world champion and to be the only former State featherweight champion to fight for the world heavyweight title. In a 253 fight career he scored 224 wins, 129 by KO/TKO, lost just 13 times, with only one of those losses coming inside the distance-and he died at the age of 28.

The story began in December 26, 1904 in Bainbridge the County seat of Decatur County in Georgia USA where William Lawrence Stribling Jr was born. His parents were devoutly religious and Stribling prayed before every fight and refused to train or fight on a Sunday. They had a family acrobatic act that was so successful that it played in almost forty different countries. His mother had been determined from the outset that William and his younger brother Herbert would be boxers and whilst they were still both under six years of age part of the family act included William and Herbert sparring.

His mother continued to train both boys as they grew older and Ma Stribling handled their training even when they became professionals. William became known as Young Stribling and was given the nickname of “The King of the Canebrakes” after the giant grasses found in Georgia, and Herbert as “Baby Stribling”.
William was the more talented of the brothers but Herbert although never fighting for a title had 118 fights losing only 18.
Whilst at high school Young Stribling was an outstanding basketball player and helped his school qualify for the national championships. Unfortunately Stribling could not compete in the championships as he had already begun boxing as a professional. 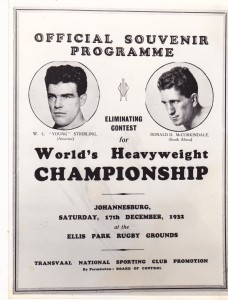 He was still a high school student when he had his first professional fight in Atlanta on 17 January 1921 just twenty-two days after his sixteenth birthday. By his fifth fight he was taking part in ten round contests. He suffered his first loss in only his sixth fight against fellow novice Dick Leonard in March of that year but in May won the Georgia State featherweight title. In August he added the Southern Title and in December the Georgia State lightweight title.

By the end of his first year as a pro Stribling had crammed in 27 fights and had a 23-1-3 record including three revenge wins over Leonard. That level of activity and success typified his career.
In 1922 he had thirty-four fights going 26-2-6 with the two losses coming in a series of fights against experienced Billy Budd with Stribling twice beating Budd. Much of Stribling’s opposition in 1921 had been against novices but the majority of his opponents in 1922 were experienced campaigners. He also moved up in weight and won the Southern Welterweight title.

In 1923 he was 24-1-4 in 29 fights. He also won the world light heavyweight title-for a very short while. He had already moved up to middleweight and had 22 fights in the year when he faced champion Mike McTigue for the world light heavyweight title in Columbus Georgia on October 4 in a fight that was a story in itself. At the end of the ten rounds Stribling had his arm raised in victory and was proclaimed world champion. However as soon as he was back in his hotel the referee Harry Ertle said that at the end of the fight a local dignitary had hoisted both his and Stribling’s hand whereas Ertle had ruled the fight a draw. Despite threats from some local officials Ertle stuck by that decision so for one hour Stribling had been feted as the world champion. Ironically every newspapers reporter at ringside had Stribling the winner.

In 1924 he had 37 fights being 33-3-1 with one loss by disqualification and another against the 39-1 Jimmy Slatterly. He floored and outpointed Mike McTigue in March but by then McTigue was no longer champion. He also beat Tommy Loughran and drew with Paul Berlenbach in New York. Those had to be six round fights as Stribling was still only 19 and in those days you had to be over 21 to fight ten rounds in New York.

In 1925, now a light heavyweight, the Stribling family bought a bus and drove from Georgia across the USA fighting in small towns on the way. Stribling lost only one of his 35 fights on that tour so by the end of that year he had amassed a record of 134-8-16 amounting to 158 fights in five years.
Stribling did have a life outside boxing. He married into one of the most prestigious families in Georgia. He was a lieutenant in the Air Force Reserve and often piloted himself to his fights. He was a member of the local Baptist church and often taught at the local Sunday School but fighting still ruled his life.
His activity slackened in 1926 with just 18 fights. He won 17 of those but lost the big one being outpointed by Paul Berlenbach in a challenge for the world light heavyweight title.

He was up at 22 fights in 1927. There was the good, the bad and the ugly. The good was that he won 19 of those fights. The bad was a loss to Tommy Loughran and the ugly was his fight with novice Leo Deibel which was declared a No Decision. The fight was stopped in the sixth round and both fighters were arrested on charges of participating in a sham fight. Stribling claimed he had injured his hand in the fight which affected his performance but that was dismissed and both he and Deibel were convicted for the sham fight. Former heavyweight champion Jack Johnson was in Deibel’s corner for the fight but was acquitted. It was not the only time that it was alleged that Stribling had been in a sham fight but he was back in again in October.
In 1928 Stribling was fighting at what would be cruiserweight these days but in those days if you were more than 175lbs you were a heavyweight. Stribling was at the peak of his powers and he won all 38 fights.

He had a bad year for him in 1929. Although he won 18 of his 21 fights he lost on points to Jack Sharkey in a heavyweight eliminator-the last fight arranged by legendary promoter Tex Rickard before his death- and was involved in a double scandal when a disqualification loss to Primo Carnera in London in November was considered highly suspect and when they fought again in France in December Stribling’s win on a disqualification was every bit as suspicious. The lack of a cruiserweight division meant that Stribling gave away 88lbs in each of the Carnera fights
He fought only eleven time in1930 including a second round kayo of a fading former British, Commonwealth and European champion Phil Scott.
What was to be his last chance to win a world title came in 1931. In December 1930 he had beaten Tuffy Griffiths a rated heavyweight who had won 22 of his last 23 fights. On the basis of that win in July 1931 Stribling faced Max Schmeling in a fight for the National Boxing Association version of the world heavyweight title. Schmeling had won 28 of his last 29 fights and was also recognised as champion by the New York Athletic Commission. After a one-sided battle Schmeling finally closed out the fight with a stoppage in the fifteenth round just 14 seconds before the final bell. It was the only fight in his career in which Stribling was stopped.

Although only 26 at the time of the Schmeling fight Stribling seemed to be suddenly feeling the effects of almost 270 fights . He was well beaten in February 1932 by Ernie Schaaf, who tragically died a year later after being knocked out by Primo Carnera, and then had some fights in Australia and France. He beat Ambrose Palmer, one of Australia’s all-time greats both as a fighter and a trainer, and won a bout in South Africa but was not covering himself with glory and he was skirting with disqualification with some of his tactics.
He started a small revival with a couple of wins back in the USA in 1933 and in September outpointed former world light heavyweight champion Maxie Rosenbloom in a fight where the combined records of the two boxers added up to 471 fights.

That win over Rosenbloom on September 22 might have breathed new life into Stribling’s career but just nine days later whilst motorcycling to the hospital to visit his wife and their new-born child he was involved in an accident with a car. His left foot was almost severed. He fought hard for life but the injuries were too severe and he died on 3 October at the age of 28.
A tragic end to a truly amazing career of 253 fights over a period of just twelve years, spanning what would be eleven weight divisions today, with only 13 losses. He was inducted into the International Boxing Hall of Fame in 1996. A life less ordinary in every way.