Home
Articles
The Man Who Has Done It All

The Man Who Has Done It All

Possibly one of the best small-hall promoters in the long history of South African boxing is Jeff Ellis, who has done it all. He has been a boxer, trainer, manager, local and international board representative, and, in the in the latter part of the 1990s, he promoted a series of shows to packed houses at the Brixton Theatre near Johannesburg. He has also presented many successful box-and-dine tournaments at Carnival City Casino and the Emperors Palace Casino. 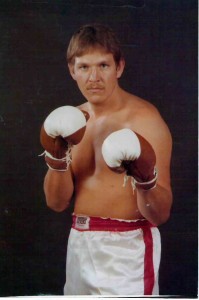 Born on February 29, 1952, he grew up in the tough Mayfair area west of Johannesburg. As an 11-year-old, his father took him to former four-time South African champion and also Empire lightweight champion Willie Toweels’ gym close by so that he could be toughened up.

It was reported that he only had 11 amateur fights, fighting mostly in Army championships, but he also went in against future top fighters like Sidney Bensch, Morris Weinstein and Willie McGeer.

At the age of 22 he joined the professional ranks on September 14 1974 but only had seven fights, meeting fighters like Gert Mulder, Kallie Knoetze, Martin Barnard and Jimmy Abbott.
He did not have much success in the pro ring, possibly because (along with his brother Ron who lost to Robbie Williams in a clash for the vacant South African heavyweight title in December 1983) he spent more time brawling outside the ring than inside it. Realising that he was not making much progress in the professional ring, Jeff began working the corner and training fighters.

Former South African light heavyweight champion Eddie Peirce, a veteran of 105 fights in the 1930s who was out in South Africa on a two-year holiday from the United States where he was living, taught Jeff all about the game and the training of fighters as he followed him around Johannesburg.

However, Jeff was never far away from the action in the ring as he became a sparring partner for many top fighters, including Victor Galindez, who came to South Africa to defend his WBA light heavyweight title against Kosie Smith from the Toweel camp.
Even though he was given R25 every time he got into the ring with Galindez it was hard-earned money, as the champion never took sparring lightly.
He also sparred with Gerrie Coetzee, Jimmy Abbott, Pierre Coetzer, Mike Schutte, Johnny du Plooy, Jan Kies and Ashley Fourie, Jeff also learned a lot from Willie Lock, the trainer of WBA flyweight champion Peter Mathebula and WBA heavyweight champion Gerrie Coetzee.

He took out a matchmaker’s licence in 1993 but continued to train and manage fighters. In recent years Jeff has been mostly involved in the promotion of quality South African and world title fights at numerous box-and-dine events at Emperors Palace near Kempton Park in conjunction with Rodney Berman of Golden Gloves Promotions.

Apart from his promotion work, which includes boxing exhibitions at shopping centres around the country, he launched the African Ring in 2005, which he managed to keep in publication until 2014 despite having to finance the magazine himself with very little sponsorship.

He is also a collector of note, specialising in fight programmes from around the world, and has a passion for photographs, with about 50 000 in his collection.
Jeff has many rare photographs in his collection, which includes numerous signed photographs of legendary champions and even the most non-descript fighter.
In 1992 Jeff was given a King Korn/ SA Boxing World Meritorious Award and in 2009 he was presented with a Special Achievement Award by Boxing SA.
Ellis, who eats and sleeps boxing 24 hours a day, has made a tremendous contribution to boxing in South Africa and is a credit to the game.
by Ron Jackson 09 January 2016, 15:50
© supersport.com