‘The Brawl for it All’

One thing is for certain amongst die-hard boxing fans, ‘Local is Lekker’. It’s matching two special fighters that will make boxing fans talk.  Golden Gloves have done just that by staging the long awaited return bout between Johnny Muller and Kevin Lerena. The first encounter was a classic with Johnny retaining his SA Title in a close fight and inflicting the only defeat on Kevin’s record.

To Sum it up best – when two top ‘local’ fighters collide – the house comes down! Everyone has an opinion, some have already decided on a winner, whatever the case might be Boxing’s intrigue comes to life.

Emperors Palace popular fighter Deejay Kriel is back in the swing of things as he takes center stage as the ‘Main Supporting’ bout in the mini flyweight division over 6 rounds. He takes on Ayanda Dulani who will make the trip up from East London as Deejay has run out of local opposition.

Two undefeated fighters Joshua Studdard 6-0-0 and Sihle Jelwana 4-0-0 go head to head as both are big hitters, the question is will there be a KO.  As they often say when two unbeaten fighters are matched – someone ‘0’ will go.

The rest of the undercard will have you on your feet.

By popular demand Golden Gloves have made this a family outing with children accompanied by an adult are allowed free entrance in the R150 unreserved seats. Jumping Castle and Punch bags will be in the Centre Court for entertainment.

Golden Circle Ringside seats cost R500 includes a buffet upstairs before the start of the boxing from 12h00-14h00. 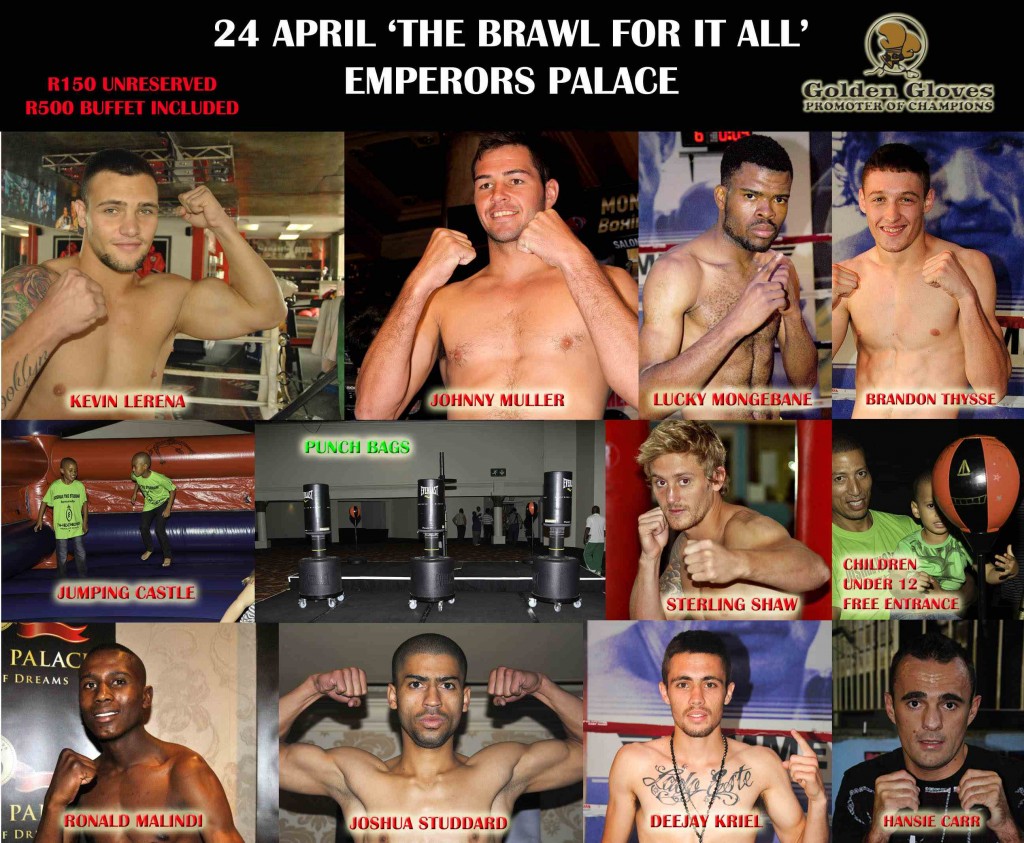